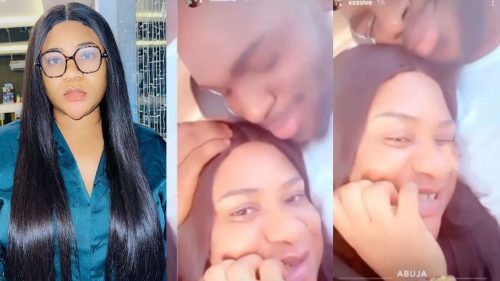 This comes months after the thespian claimed she was in a relationship with an unnamed 60-year-old man.

She had revealed this in an Instagram live chat with Chidi Mike, James Brown, and some other participants, after falling out with her former lover, honorable Falegan some months ago.

She had stated, “I’m dating a 60-year-old man now and he gives me so much peace. He does not have time for Instagram. I’m the one sharing all these scandals to him.”

When the screen diva was queried on whether the alleged aged lover isn’t too old for her, she stated; “do you know the 60-year-old man I’m talking about? He lives in America and is younger than all of you on this live video.”

In a recent video that surfaced online, the 33-year-old actress was seen getting cozy with an ostensibly younger man.