I Blow Pass Who Get Headies And Una Next Rated Artist, Bnxn – Portable Blows Hot 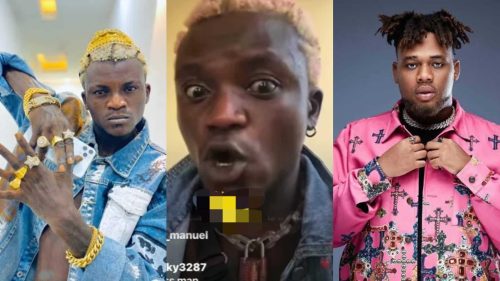 Recall that the singer had been nominated for two Awards: Rookie of The Year alongside Fave, Ugoccie, Magixx, and AV.

He also got nominated in the Best Street Hop artiste category together with Naira Marley, Bella Shmurda, Mohbad, and Goya.

He, however, lost both nominations over the negative attention he had garnered for himself.

In a new video, the singer was seen visibly irate as he noted that he’s bigger and more popular than the organizers of the music award.

Not stopping there, he went on to point out that even the individual they named the Next Rated Artist (BNXN) isn’t even known everywhere the way he, Portable, is.