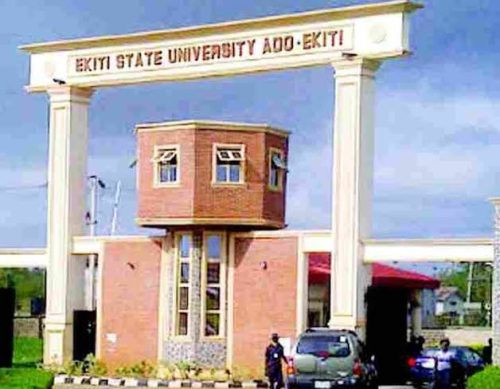 Since February, the nation’s universities have been closed due to the ASUU strike, which has now escalated into a total and indefinite strike.

“It was a decision reached by the stakeholders concerning the impact of this prolonged strike on the institution, and our position on our intention to resume work and restore normalcy has been made public,” Mr Olanipekun added.

Although non-academic staff and some students arrived at the school on Monday, lecturers remained absent in accordance with the directive.

The lecturers decided at their Congress on Wednesday that the management’s move to reopen the school was ineffectual since they will only return to work if the National Executive Committee of ASUU orders so.

According to a statement issued after the congress and made accessible to our correspondent, the congress intended to relay the NEC decision on an indefinite strike to members and to examine the situation in EKSU.

“The distinctive difficulties of EKSU are not new to us all, and they precede our current challenges,” said ASUU Chairman Kayode Arogundade in a statement.

“As such, a request to resume academic activities in the midst of a nationwide action suggests an attempt to criminalise ASUU’s struggles, as well as a blatant deception that EKSU is not a major beneficiary of previous countrywide struggles.”

“To that aim, it was agreed that: The University (EKSU) Administration should treat ASUU with the same respect as other sister unions prior to the cessation of their statewide strike action, and stop acting as if the union is unimportant in the system’s operation.”

“In essence, ASUU-EKSU is a very strong branch of ASUU and will not yield to any cheap blackmail or pressure from any angle to cease the current battle in the absence of a directive from the NEC.”