The official social media handler of Big Brother Naija housemate, Pere has issued a statement addressing the clash between him and Whitemoney last night, IgbereTV reports. 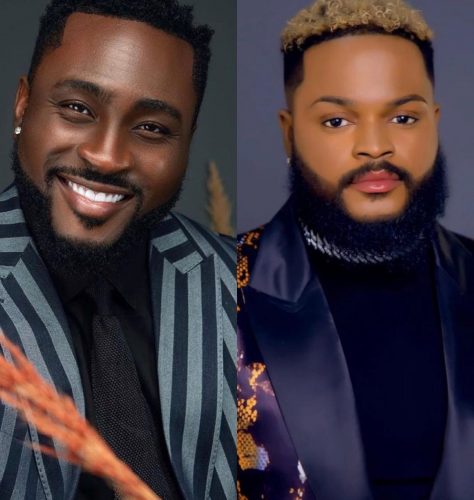 According to the statement, the incident was in no way an act of bullying. The handler acknowledged the fact that Pere’s attitude was wrong but concluded that it was in no way bullying as his demeanor is that of self-confidence which could easily be misinterpreted.

The handler also alleged that Pere’s page has received so many death threats.

See a photo of the statement below; 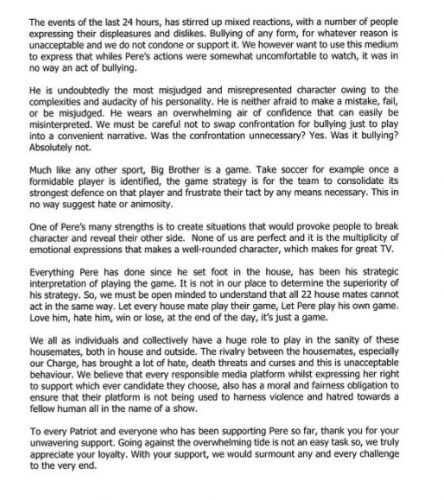