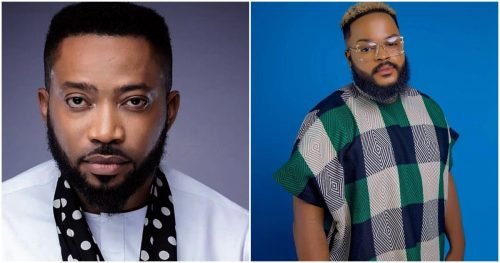 Actor Fredrick Leonard has pledged his support to WhiteMoney in the Big Brother Naija reality show.

The actor took to his Instagram page to write that WhiteMoney is a good game player, he’s matured and clean at heart. Hence, the need to vote for him as the winner of the grand prize.

“This Year… The MONEY Remains WHITE ?

Nothing Can Change That! 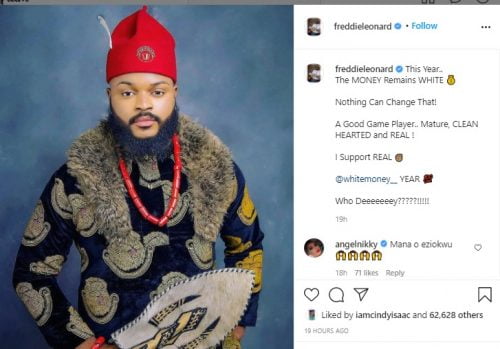 In related news, actress Dorcas Shola Fapson has defended her bestie Timini Egbuson over accusations that he’s a predator by his 19-year-old ex-girlfriend.

Recall that Lydia called out her ex-boyfriend, Timini after she accused him of using and manipulating her naivety as a 19-year-old for his sexual gain.

However, Dorcas had accused her of not dating her agemates and also that she called to begged Timini last two weeks to take her back.