The Nigerian Police Force on Tuesday, dismissed reports that the investigation panel on DCP Abba Kyari has submitted its report. 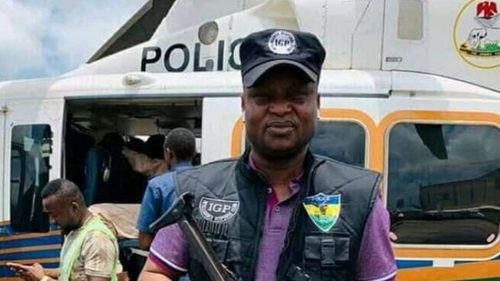 Recall that speculations and reports had it that the investigation panel on Abba Kyari had submitted its report to the Inspector General of Police.

Reacting on Tuesday, DCP Frank Mba, Force Public Relations Officer in a statement, dismissed the speculations, including that of online reports.

According to the statement, “The Nigeria Police Force wishes to inform the general public that the probe into the alleged indictment of DCP Abba Kyari by the FBI, being conducted by the NPF Special Investigation Panel (SIP), is still ongoing.”

The Force PRO told members of the public that, the panel has not submitted its report to the Inspector General of Police, as being wrongly reported in some news outlet and online platforms.

“The Force hereby reassures the public that the outcome of investigations by the probe panel would be communicated accordingly upon conclusion of the investigations,” The statement further said.