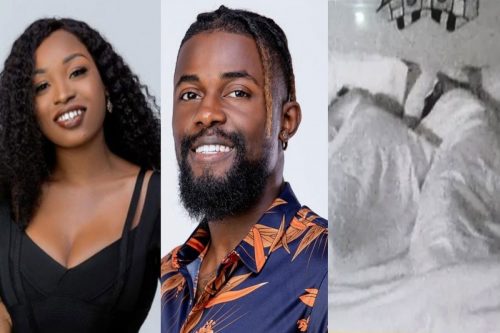 Big Brother Naija Season 6 housemate, Jackie B made an interesting revelation about her love interest, Michael one of the housemates who was introduced on Sunday during the eviction show.

As reported earlier, Jackie B has most of the time been with Michael since the very first day he entered the ‘Shine Ya Eyes’ house which gave hints that she will be starting a ship with him.

However, from the private conversation she had with her friend, Angel, it appears she may not be taking their friendship to the next level as she shared some things about him that will make not want to go in for the long haul.

According to Jackie B, she is older than Michael by one year and aside from that Michael has a small manhood but she made some good remarks about him as she described him as respectful and smart.

“He’s cute but he’s younger than I am. He’s 29 and I’m 30 years old. It’s not that bad but of all the guys, I’m most attracted to him. Not completely but if I’m to put everybody together and pick one, I’ll choose him.

“Not like he wants to date me or marry him. It’s mostly ‘cruise’ but I like him. I think he’s really smart and respectful.

“I just enjoy his company but there’s an attraction for sure and it makes it easier.”