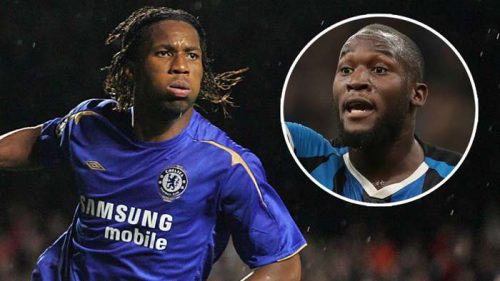 The Inter Milan striker is closing in on a £98 million move back to Stamford Bridge, seven years after he left the Blues

Romelu Lukaku could be Chelsea’s new Didier Drogba if he finally completes his return to the Premier League club, according to former Manchester City and England defender Danny Mills.

The Inter Milan star is expected to complete a big-money move to Stamford Bridge after he helped the Nerazzurri win the Serie A title last season with goalscoring contributions.

In his previous three-year stint at Stamford Bridge, the Belgium star struggled for form with just 10 appearances in the Premier League with no goal to his name.

Ahead of his imminent return to London, Mills is backing Lukaku to establish himself just like the two-time African Footballer of the Year who scored 104 goals and provided 55 assists in 254 Premier League games for the Blues.

“If Chelsea get Romelu Lukaku over the line, that could be a gamechanger for the season,” Mills told Ladbrokes. “Suddenly you couple up Thomas Tuchel’s expertise and organisation with a striker of Lukaku’s quality, someone who is guaranteed goals, a proven Premier League striker, all of a sudden you’re thinking that could go down as a sensational piece of business.

“Lukaku’s record – even at Manchester United – speaks for itself. If you play to his strengths, he’s an absolute unit.

“He could be Chelsea’s modern-day Didier Drogba when you look at his pace, his strength and his record in front of goal. He’s got all the attributes.”

“I actually think Aston Villa have done some great business this summer,” Mills continued. “Yes, they’ve lost Jack Grealish, but they’ve been really clever in replacing him. They knew Jack was going to go, so they’ve done their business early and brought in three or four new faces with the transfer fee they got from Man City.

“Grealish could turn out to be a fantastic signing, but where’s he going to play? Ben White is a very, very good signing, an astute one.”