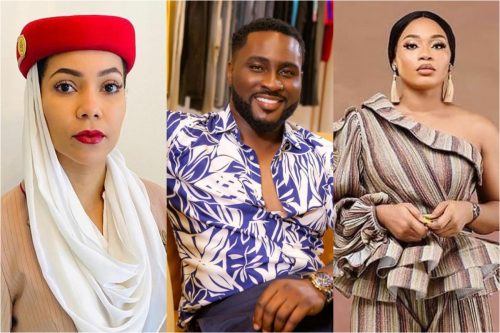 Big Brother Naija housemate Pere has made a funny disclosure to some of his fellow housemates over the reason why he kissed Beatrice in front of Maria.

Pere made this disclosure during a discussion with Yousef and Angel. He discussed his fallout with Maria when Angel asked him if liked Beatrice. Pere told Angel that he did not like Beatrice and was not romantically attracted to her in any way but he deliberately and intentionally kissed Beatrice in front of Maria to get her jealous.

Maria and Pere used to be very good friends until they were revealed as wild cards. Pere made his intentions known to Maria but she shot him down saying she doesn’t want anything to do with him. Pere disclosed that Beatrice is not his type of girl but likes her because she is decent.