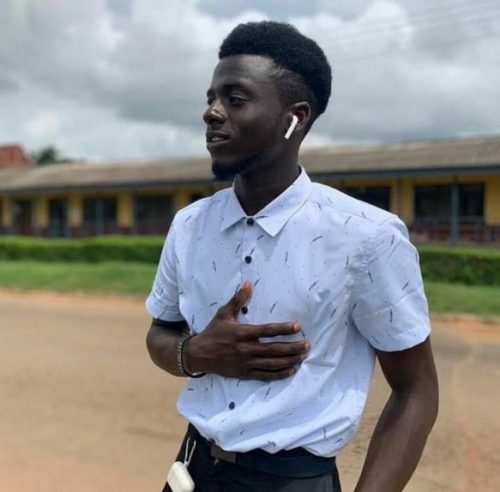 A 300-level student of the Federal University of Technology, Akure, FUTA, identified as Joseph Olona has reportedly committed su*cide.

The lifeless body of the deceased was found on Saturday found dangling from the ceiling in his room.

He was said to have taken his own life at his off-campus lodge situated within Aule axis, Akure, the Ondo State capital.

Although the reason for the su*cide is unknown, it was alleged that the Industrial Design student was depressed due to financial problems.

Dailypost gathered that his close friends discovered his body in the early hours of Saturday after his door was pulled down when he did not respond to calls and knocks on his door.

It was discovered that the Facebook page of the deceased, who used to make self-initiated designer wears with the brand name “Tart Angle”, contained posts on su*cidal thoughts, with most of them also containing messages seeking financial help for his business.

A post he made on his Facebook page on October 8, 2022, read, “Su*cide kinda answers all, it’s the only thing that listens and trusts You when You left all to yourself. Good night and Goodbye.”

Confirming the incident as a case of suicide, the police spokesperson in the state, SP Funmi Odunlami, disclosed that an investigation had begun to unravel the reasons behind his action.

She added that “His body had been taken to the morgue.”