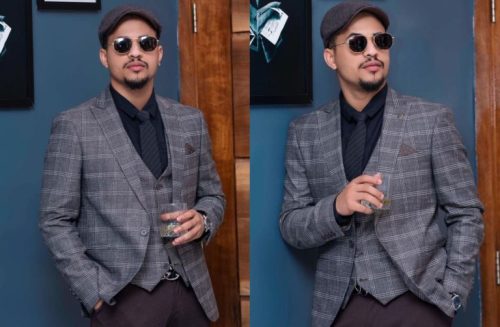 The healthcare facility where Rico Swavey was rushed to after he was involved in an accident, Doren Hospital Lagos, have given a detailed narration of what they claimed transpired after he was brought in.

The hospital has been receiving heavy backlash on social media over the way it’s nurses’allegedly treated the reality TV star after he was admitted in their facility.

This comes after a video showing the nurses deliberating on how to transfer Rico to the hospital’s Intensive Care Unit while he was fighting for his life surfaced online.

In the video circulating, some persons presumed to be “healthcare attendants” were heard laughing in the background and making videos of the wounded reality show star.

The video sparked outrage online as netizens called out the hospital for their lackadaisical attitude towards Rico Swavey.

Well, reacting to the criticisms, Doren Hospital have now released an official statement detailing what they claimed truly happened.

They claimed Rico Swavey was brought in by a good Samaritan around 1am deeply unconscious, smelling of alcohol, and bleeding from his ear, nose and mouth, depicting that he had internal bleeding.

They immediately administered oxygen on him, stabilized his blood pressure, and administered drip on him before proceeding to refer him to another hospital.

Doren Hospital said they tried to contact Rico’s family to inform them of his condition and reached a woman who rushed down to the hospital.

Speaking on the viral video, Doren Hospital claimed the nurses were telling the good Samaritan to assist in carrying Rico to the ambulance but he was busy filming a video as proof to exonerate himself in case anything happens to Rico Swavey.

Sadly, the Big Brother Naija star who was only 29 years old passed away two days later.

Read the full statement below, 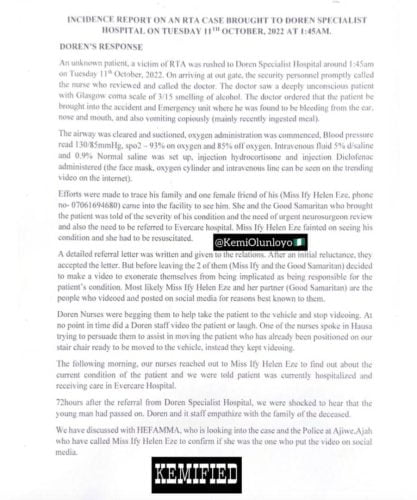