Bobrisky Shares A S3x Tape On His Snapchat 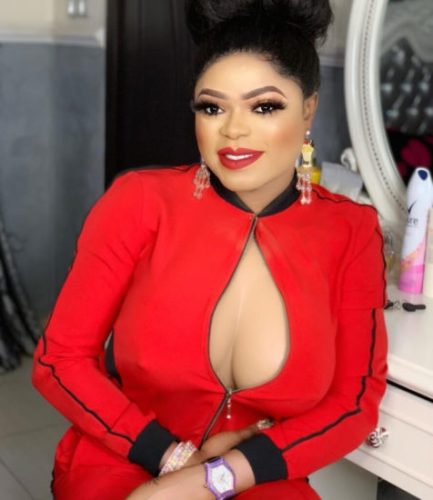 Bobrisky has joined the ‘sex tape leak gang’ just after his fellow crossdresser, James Brown, made headlines following the leak of his sex tape with a woman.

In the now-deleted Snap Bobrisky shared, a yet-to-be-identified couple were spotted having sex. Also commenting on sex tape leaks, Bobrisky stated that while he tries to act classy, he’s actually naughty with his man.

He added that his sex tape will show how crazy he is during sex. See his Snap below……. 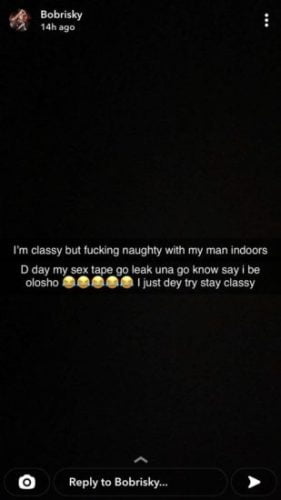