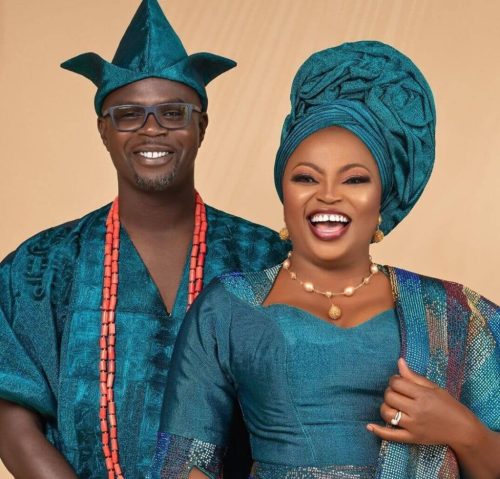 Movie producer and former singer, Abdul Bello better known as JJC Skills has announced the dissolution of his marriage to Funke Akindele.

JJC Skills admitted that the marriage has been having issues for two years.

He confirmed that Funke Akindele asked him to leave her house and has refused any form of amicable communication with him.

According to him, their marriage is now beyond repairs and at the time of making the announcement he is looking at how they can co parent with ease and manage their joint business. 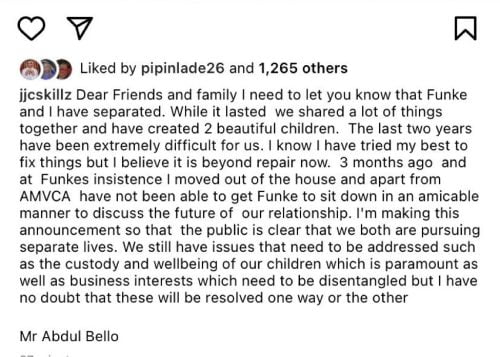