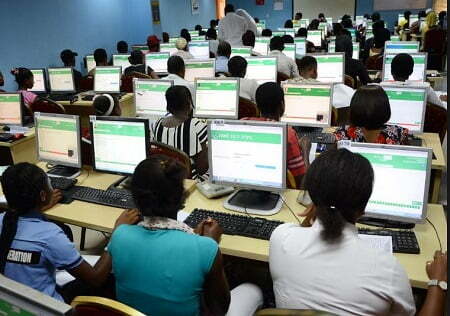 The Joint Admissions and Matriculations Board (JAMB) has been accused by the Academic Staff Union of Universities (ASUU) of infringing on the autonomy of universities.

Professor Emmanuel Osodeke, the union’s president, lamented that the meddling actions of JAMB in admission processes and regulation of academic activities in the Nigerian university system are putting universities’ autonomy under threat.

According to Osodeke, the Joint Admissions and Matriculation Board (JAMB) was established in 1978 by an Act of the National Assembly and is responsible for the conduct of matriculation examinations for admission into tertiary institutions in Nigeria, the appointment of examiners, and the collection and dissemination of information on all matters relating to entrance examinations.

Prof. Osodeke pointed out that it is the prerogative and responsibility of each university’s senate to superintend over all academic matters in the university, including setting the admission requirements and approval of university undergraduate and postgraduate programmes.

He, however, emphasized that JAMB has no powers to decide qualification for admission, adding that it also lacked the powers to give admission or delist programmes of universities.

The ASUU’s President further pointed out that giving admission to candidates is the duty of a university’s senate while regulation or accreditation of programmes is the prerogative of the National University Commission (NUC).

He emphasised that JAMB at best is an examination body and clearinghouse for admission into tertiary institutions.

ASUU, therefore, called on JAMB to desist from overstepping its original mandate and allow universities to decide on admission policies and processes.