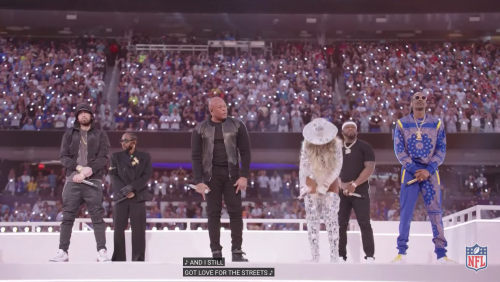 Dr. Dre, Born André Romelle Young on the 18th of February, 1965, is an American rapper, record producer and Entrepreneur who is the founder/ CEO of Aftermath Entertainment & Beats Electronics (BeatsByDre), And currently the 3rd Richest rapper in the World.

Super Bowl LVI that is the American football game played to determine the champion of the National Football League (NFL) for the 2021 season. The National Football Conference champion, Los Angeles RAMS defeated the American Football Conference champion, Cincinnati Bengals, 23–20. The game was played at the SoFi Stadium in Inglewood, California (which is home stadium of the Rams). RAMS recorded a consecutive winning and celebrated the Sunday night in grand style. 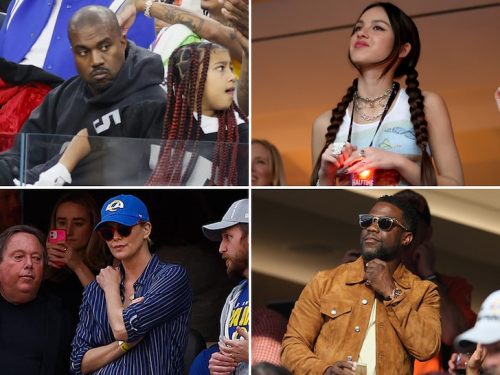 Present at the Game was Jay Z and Family, Kanye West and daughters, Drake, Offset and others.

Pespi tagged the game night, DRE Day and gave celebrities / Football fans that came out a Classic mind blowing Hip-Hop show during the game’s halftime. Performances from Dre himself, Snoop Dog, 50 Cent, Mary J.Blige, Kendrick Lamar and Eminem got other rappers and viewers nodding/vibing all through the showtime. The 80’s and 90’s need to tell the Gen Zs what they missed during the 90’s and Early 20’s.