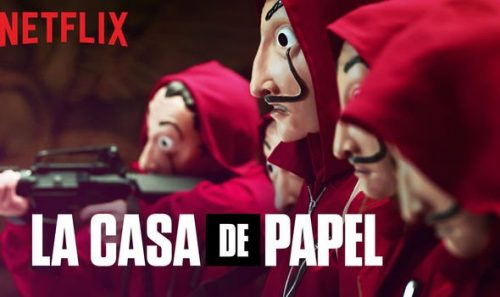 MONEY HEIST ( La Casa de Papel ) part 5 has officially been confirmed by Netflix, Netflix unveiled the 90-second first trailer for the first half of Money Heist season 5 on Monday, giving us a glimpse at what to expect from the upcoming final season of Álex Pina’s hit Spanish thriller series — known as Lacasadepapel

Here’s everything you need to know about La Casa de Papel part 5 ahead of its return.

Money Heist Season 5 is split into two halves of five episodes each, which will air three months apart on Netflix.

“Locked up for a hundred hours, trapped, about to be killed, and having lost a best friend, it feels like a hundred years have gone by,” an unseen voice says, before Alicia confronts The Professor: “Checkmate.” The police realise they have them where they want and decide to push their advantage with the military: “They’ll come out victorious or come out dead.