The Christian Association of Nigeria (CAN) has lamented about the persecution of Christians in the Northern region of the country. 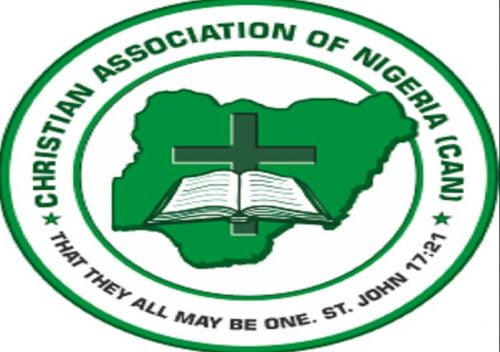 CAN’s Assistant General Secretary and Chairman of CAN’s anniversary celebration committee, Elder Biodun Sanyaolu who spoke at the association’s 45th anniversary in Abuja, alleged that there are attempts to hijack its leadership and destabilise the association.

Stressing that the country is under the siege of “external forces” including Boko Haram and the Islamic State West African Province terrorists, Sanyaolu added that while Christians are allegedly being persecuted by being denied promotion and appointments, churches are allegedly being denied certificates of occupancy in many Northern states and many public schools have removed Christian Religious Knowledge (CRK) from their curriculum.

“Since, the Association came on board on August 27, 1976, it has been consistent in standing against evil in the land.

“But today it is regrettable that there is a siege on the Church which all began with the killings and burning of churches in some states in the North at the emergence of Boko Haram terrorists. Their primary targets, according to their declaration, were Christians and Muslims who stand in their way.

“Our members are being persecuted because of their faith. Some were denied their rights like promotion and appointments. Churches were denied certificates of occupancy in many states in the North while many public schools have removed Christian Religious Knowledge from their curriculum.

“It is also reprehensible that the security architecture of the country has been compromised. Some external forces are making futile attempts to hijack the Association. But we cannot lose our focus.”

Sanyaolu also said that in spite of all these, CAN had a reason to thank God. He added;

“While we mark our 45th anniversary today, we have declared three days, 24 – 26 September to celebrate God’s goodness and faithfulness.

“However, tomorrow is for fasting and prayers nationwide against the menace of insecurity, economic hardships, erosion of moral values and we shall ask God for forgiveness and mercy.”