The probe panel set up by the Inspector-General of Police, Usman Baba, to investigate the erstwhile Head of the Police Intelligence Response Team (IRT), DCP Abba Kyari, over his links with serial internet fraudster, Ramon Abbas, aka Hushpuppi, submitted a compromised report, SaharaReporters has gathered. 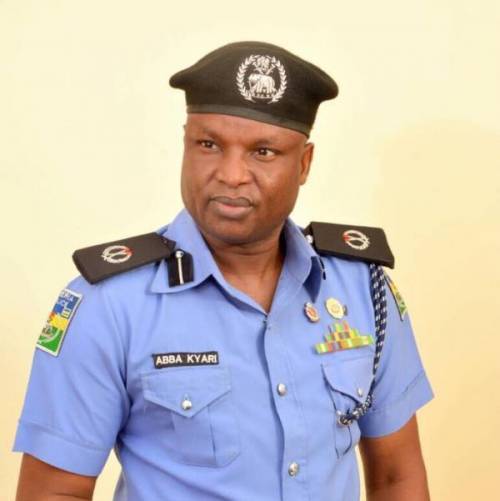 SaharaReporters learnt that the panel found Kyari guilty of some infractions after its investigations but recommended that Kyari should be demoted and not dismissed.

Top sources in the Nigeria Police Force told SaharaReporters on Friday that the plot by the police authorities to hand Kyari a demotion was to frustrate his much anticipated extradition to the United States.

SaharaReporters had on Thursday reported that the probe panel set up by the IGP after three weeks of dilly-dallying turned in its report on the alleged indictment of Kyari by the Federal Bureau of Investigation (FBI).

Competent sources however revealed that what the panel recommended to the IGP was a demotion – the report which would form the basis of what the Police Service Commission would act upon.

“The police report on Abba Kyari only recommends demotion to a lower rank. They figured that he could be extradited if dismissed. Kyari’s real enemies are at the police service commission and what they want is an outright dismissal.

“But they have to defer to the IGP. The IGP is no doubt Kyari’s godfather. So we are waiting to see what he would approve,” a top source revealed.

Kyari is being probed for his alleged links with Hushpuppi, who has pleaded guilty in the United States.

The police panel report was submitted by the chairman of the SIP, DIG Joseph Egbunike, at the Force Headquarters, Abuja on Thursday, 26th August 2021, CP Frank Mba, the Force Public Relations Officer, stated.

Joseph had noted that the report presented contained the case file of the probe, evidence, and findings as well as testimonies from Kyari and other persons and groups linked to the matter.

Mba had said, “The IGP assured that a careful and expeditious review of the recommendations would be undertaken by the Force Management Team and thereafter forwarded to appropriate quarters for necessary actions. He reiterated as always, the commitment of the Force to justice for all.”

According to the US Department of Justice, a criminal complaint initiated the prosecution of Hushpuppi in February as court documents ordered unsealed showed that Abbas, a 37-year-old Nigerian national, pleaded guilty on April 20.

The United States Attorney’s Office, Central District of California, had issued an arrest warrant against Kyari for his alleged links to the suspected fraudster, Ramon Olorunwa Abbas, alias Hushpuppi, who is standing trial for various offences that include internet fraud and money laundering.

Hushpuppi has since pleaded guilty to the charges and, if convicted, risks a 20-year-jail term, three-year supervision upon completion of jail term, and monetary restitution to the tune of $500,000 or more.

The court documents also outlined a dispute among members of the Hushpuppi conspiracy, which allegedly prompted him to arrange to have an individual identified as ‘co-conspirator’ Kelly Chibuzor Vincent, jailed in Nigeria by DCP Kyari.

According to the affidavit, “Kyari is a highly decorated deputy commissioner of the Nigeria Police Force who is alleged to have arranged for Vincent to be arrested and jailed at Abbas’ behest, and then sent Abbas photographs of Vincent after his arrest.