The corpse of a 94-year-old woman, Mrs Ayodele Ashaolu has been found in Ikun Ekiti, Moba Local Government Area of Ekiti State, but without the head. 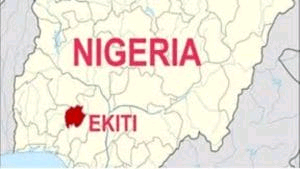 DAILY POST learnt that the woman was living alone in the house where the incident happened.

Some members of the community suspected that the woman must have been killed by some ritualists.

He said men of the command have swung into action to investigate the incident.

Abutu confirmed that the case was reported by one of the children of the deceased who was contacted by neighbours after the corpse was found.