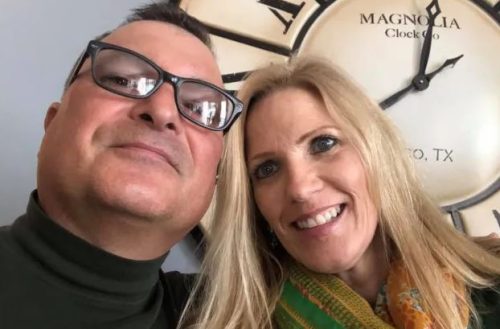 A 51-year-old New Jersey woman has been arrested by the authorities for allegedly shooting her husband dead on Christmas day.

Officers responded to the family’s Somers Point Road residence around 10:19 p.m., where they found David Wigglesworth suffering from an apparent gunshot wound. He was pronounced dead at the scene.

Marylue Wigglesworth was taken into custody on suspicion of murder, and remained at the Atlantic County Justice Facility on Monday.

Prior to his death, David Wigglesworth — known as “Wiggy” to friends and family was active in local politics. In 2019, he unsuccessfully campaigned as a Republican for township committee, New Jersey 101.5 reported.

He was also on the planning board, and volunteered with the Boys and Girls Club of Atlantic City.

David and Marylue Wigglesworth have an adult son, according to WPG Talk Radio. Photos on social media show the seemingly happy family posing in various locations, including on a trip to Philadelphia earlier this year.

“I cannot believe this,” one local wrote of the tragedy on Facebook. “We’ve known Dave and Mary for years…This just can’t be true.”