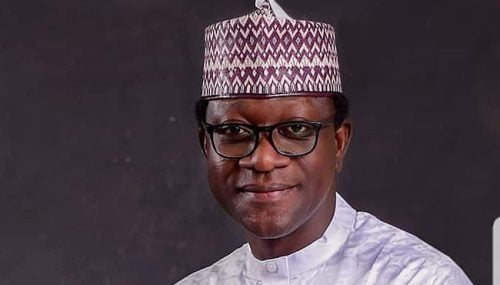 POLITICS NIGERIA, in its pursuit of accurate and timely information, has been availed on the circumstances leading to the exit of Abdulmumin Jibrin, a former member of the House of Representatives and self-appointed Director General of the Bola Tinubu Campaign Organization from the All Progressives Congress, APC.

Contrary to widespread belief that his defection may be as a result of a possible rejection of Asiwaju’s 2023 ambition by President Muhammadu Buhari, Jibrin’s problems arise from a decision not to give him the party’s ticket to return to the house of representatives.

Jibrin and Kano State Governor, Abdullahi Ganduje have been at loggerheads for sometime over local political issues.

It can be recalled that Jibrin had represented Kiru/Bebeji Federal Constituency at the House of Representatives between 2011 and 2019 before losing the re-run election to the Candidate of the People’s Democratic Party, PDP.

However, Tinubu has been informed of the problem and has now stepped into the matter.

It was gathered that the Lagos politician has reached out to Governor Ganduje to resolve the matter. A reliable source disclosed to this newspaper that Jibrin will also be meeting with Tinubu in a matter of hours for a total resolution of the crisis.