A 200 level Actuarian Science student of the University of Lagos (UNILAG), named Grace Utobuiro, has gone home with a whooping sum of N200,000 after emerging winner of the third edition of the 4 – Inch – High Heel Race competition, held at the NIS pitch of the National Stadium, Surulere, Lagos. 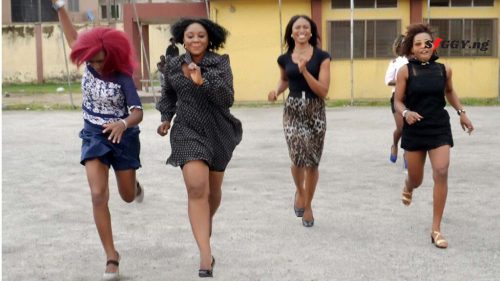 21- year old Grace defeated 14 other contestants to emerge winner at the one day 100 – meter dash event.

During the heats, she enjoyed easy runs, but was however given a strong challenge in the final by Favourite Eluwa and Zainab Ayinla who had to settle for the second and third positions respectively.

Speaking at the event, the Managing Director and Chief Executive Officer of DMS Limited, Elder Dede Agwu Kalu, said he was impressed with the turnout and the high level of competitiveness exhibited by the participants, assuring of his continuous commitment to the competition and hoped to spread it to other states of the federation and other African countries. 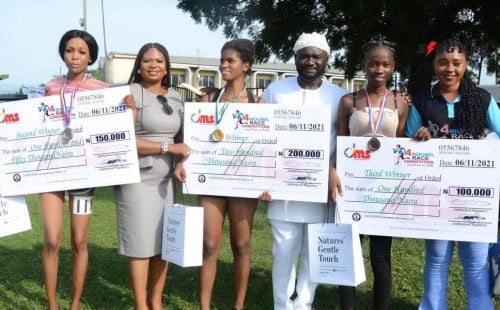 He said the sport-tainment is about women being smart on heels when they wear them. He said: “It is absolutely necessary for ladies to wear high heel because it gives them a unique look and brings out the elegance in them.