The United States on Thursday called for combatants to respect the cultural heritage in Lalibela, whose famed rock-hewn churches are a United Nations World Heritage Site, after forces from Ethiopia’s Tigray region took control of the town. 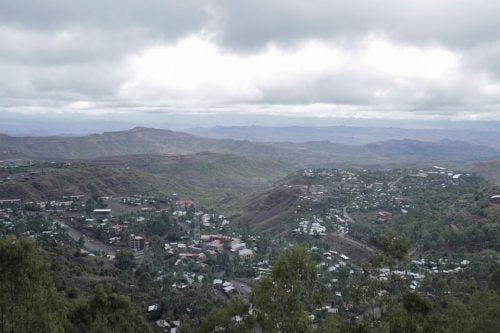 Lalibela, also a holy site for millions of Ethiopian Orthodox Christians, is in the North Wollo Zone of the Amhara region in Ethiopia’s north. In recent weeks fighting has spread from Tigray into two neighbouring regions, Amhara and Afar, forcing around 250,000 people to flee.

The U.S. State Department again called for all parties to the conflict to agree to an end to the violence and allow humanitarian access to the Tigray region, where war broke out in November between the federal army and forces belonging to the Tigray People’s Liberation Front (TPLF).

The government declared victory at the end of that month, after seizing the regional capital Mekelle. But the TPLF kept fighting and at the end of June retook Mekelle and most of Tigray after government soldiers withdrew.

Thousands of people have died in the fighting and around two million people have been displaced.

Price said the United States is also concerned by reports the TPLF recruited child soldiers, as well as Ethiopian security forces’ reported harassment and arbitrary detention of ethnic Tigrayans in regions of the country.

“Security force harassment and detention on the basis of ethnicity is unacceptable,” Price said.

It was not immediately possible to reach Prime Minister Abiy Ahmed’s spokeswoman, the spokesman for the government’s emergency task force and the TPLF for comment.