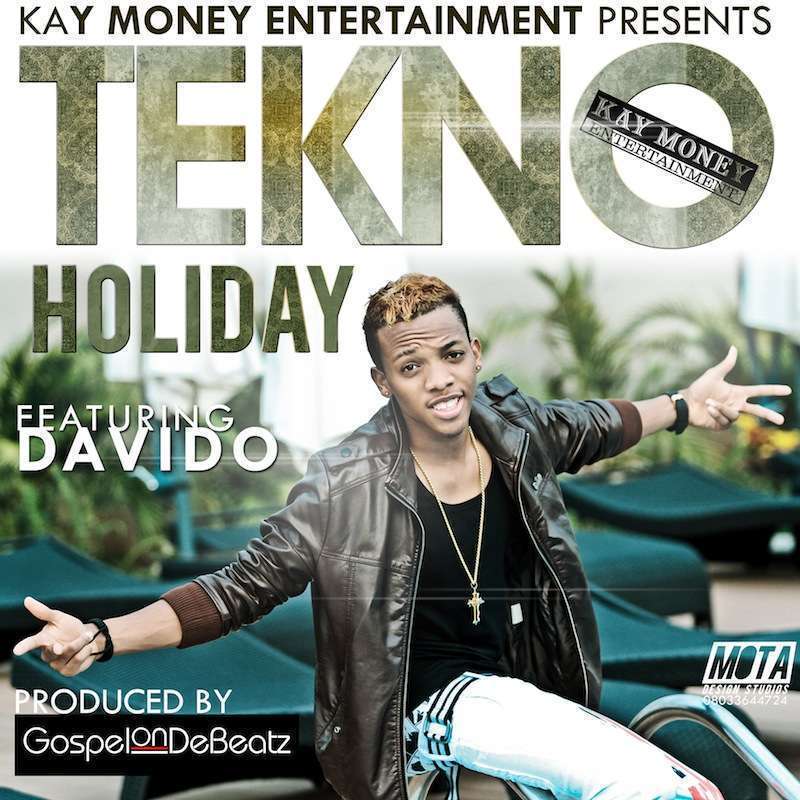 Tekno Holiday ft Davido; The recently signed Kay Money Entertainment artist Tekno is dropping his official debut single featuring Davido and produced by GospelOnDeBeatz. Titled, Holiday, Tekno’s debut single builds up on his previous works including such songs as the comical, Mess; his rendition of Ice Prince’s smash, Oleku titled Onyenekwu and not to mention his hook-stealing chorus on White Nigerian’s Dirty Wine which has been tearing up the clubs.

Add to that his already impressive resume of being featured on songs by the likes of Iyanya (Ekaette) and KaySwitch (Rakaka), Tekno has already built a steady reputation for himself. All is set for his official debut and it’s a holiday, folks.