Some young men suspected to be internet fraudsters have been seen defecating and ‘eating’ their own excreta at IMSU junction in Owerri, Imo state. 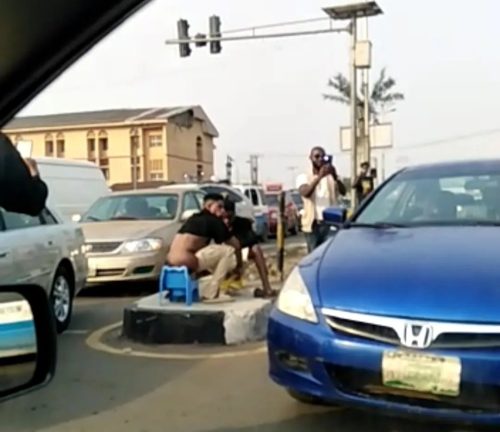 Many people are wondering whether it is another skit taken too far.

The two young men carried a potty to the junction, pulled their trousers, showed their bare butt, and began to excrete in the potty.

One of them who was holding a loaf of bread inserted a piece of the bread in his buttcrack, ate some of the bread and gave some to his colleague. One of their friends was present to film them carrying out this act.