A suspected internet fraudster died shortly after he underwent money rituals in the Ado-Odo/Ota Local Government Area of Ogun State about three weeks ago. 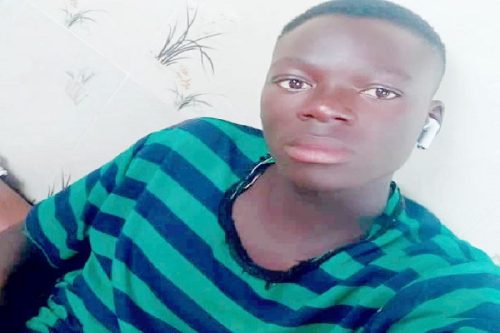 Peter Albert’s death was a tragic turn of fate. The 20-year-old suspected internet fraudster had longed for the good things of life but lacked the means to acquire them.

To achieve his desires, he sought the counsel of one of his friends, an 18-year-old simply identified as David, who introduced him to a Muslim cleric, Alfa Araokanmi, for a money-making ritual that eventually terminated his life instead of transforming him into an overnight millionaire as assured by Araokanmi.

According to insiders, Albert, who lived with his father in the Asore area of Atan, and his friend, David, who lives with his parents at Iju, both in the Ado-Odo/Ota Local Government Area of Ogun State have been friends for a long time and attend the same church.

Exasperated by his unsuccessful rounds in internet scams, Albert reportedly asked David to help him become successful at internet scams. He craved success as a Yahoo Boy.

In response, David allegedly attributed Albert’s poor outing in cybercrime to some spiritual problems, and he promised to link him with his spiritualist, Araokanmi, to whom he attributed his success as a cyber fraudster. David explained to Albert that there was more to his success than meets the eye and that Alfa Araokanmi was behind his fortune in an internet scam.

Thus David introduced Albert to Araokanmi aka Alfa Wa in the Iju area of Ado-Odo/Ota LGA. “David linked the boy (Peter Albert) to one Alfa Araokanmi, who promised to do some propitiation that would make the boy become a successful internet fraudster.

“They actually started chatting on Whatsapp until the boy later visited Alfa Araokanmi for some money rituals leading to his untimely death,” the source said.

Expatiating further, the source said that Araokanmi told the deceased that he would ingest concoctions and bath at midnight for some days after which he should expect a ghost that would give him a sum of N5 million every day.

Albert subsequently started keeping late nights to conform to the requirements of the rituals much to the chagrin of his father who reported him to the local vigilante group in the community.

The money ritual, however, went awry when he returned home about three weeks ago panting and feeling weak. Before his death moments later, Albert reportedly explained all that transpired between him and Araokanmi to his father and even urged him to check his mobile phone for the exchanges between him and the cleric on Whatsapp.

A resident who spoke in confidence said: “Peter’s father had complained to the local vigilante men guarding the Iyanu Oluwa Street in Atan that his son had been returning home at odd hours and that he was uncomfortable with his nocturnal movement on a daily basis. He warned the vigilante operatives to prevent his son from returning home late at night and even threatened to stop paying his part of the monthly security levy, by which the residents’ association settles the salaries of the security men.

“Unfortunately, Albert returned home again, as usual, at an odd hour on a fateful day; when his father reluctantly opened the door for him, he was shivering and staggering. He, however, managed to explain to his father that David took him to one Alfa Araokanmi for money rituals that would enable him to receive a sum of N5 million from a ghost after he was given a concoction to eat and bathed with a specially prepared spiritual soap.

“He told his father that he had proof of his Whatsapp conversations with the said Alfa on his phone and urged him to check his phone after giving him the code to unlock it. The boy died immediately after he confessed to his father about his misadventure. It’s possible that he was lured to the marabout and used for money rituals by those who introduced him to the spiritualist.”

In a Whatsapp conversation between the Muslim cleric and Albert sighted by our correspondent, the cleric assured Albert that he would become rich at the end of the money rituals, noting that he had done similar rituals for his friend, David.

The chat read: “Peter: Good morning sir. (I am) from David.

Albert: “(I) have been playing game (cyber scam) for a long time and have not collect(ed) any money. I have even called David to take me to your place since; he did not answer.

Alfa wa: “He (David) told me that also. I just don’t welcome anyhow person. He hve (sic) been telling me dis since but I do ignore him.

Peter: “Pls sir, anyhow you can help me, sir.

Alfa wa: “But when he (David) later told me that u haven’t cashout (make money), it somehow hurts me. And he (also) told me dat ur mum is late.

Alfa wa: “Everything will soon be better.

Peter: “Sir, me too want to cash out (make mega money).

Alfa wa: “Calm down. All dat we (sic) soon become a history. Just follow my instructions and be loyal to me. Lobatan. That’s all what you need.

Alfa wa: “He (David) told me too. If you don’t buy fake you can’t identify the original.

Peter: “Ok sir. Like how much should I find now?. I want the one that will pick fast.

Alfa wa: “How much can you afford peacefully, that won’t affect ur financial (sic)? Can you afford like 200k (N200,000)? Confirm. Between a weak if you don’t see like N5m there is a guarantee to return your money back (sic).

I suppose to meet you one-on-one but I am not around now. I am on travel (sic).

Peter: “Sir, for now, I don’t have much with me but the amount I can find fr now is 5k(N5000). We should start from small level, even for now am feeding myself. Sir, anyhow you can help me.

Alfa wa: “Just that it can’t pick as you want.

Peter: “I want the one that will pick fast

Peter: “Sir, I will start from small.

Alfa wa: “Issorit (is alright). Obe todun owo lopa (good soup is usually expensive). Even if I do 1k (N1000) level for you it will pick, believe me. U can even ask out about it.

Peter: “Sir, that’s what I have for now.

The chats also revealed how the said cleric became angry when Albert did not turn up at his place as they earlier agreed. The deceased, however, apologized.

Alfa wa: “I didn’t see you again. Why are you doing this?

Peter: “I am not around, that’s why. I will come on Thursday.

Alfa wa: “I am also not around.

Peter: “Haa, so when will you come back, sir.

Alfa wa: “Till weekend. But I don’t like disappointment. I always work with time. I am time conscious.

Albert later collected a spiritual soap from Araokanmi which he claimed did little or nothing to improve his fortune.

The cleric, however, assured him of the efficacy of the money rituals to be carried out in the evening of the day he passed on shortly after the rituals were performed.

Peter: “Sir, I am at Ayobo now. But I am coming today evening.

Alfa wa: “Okay. It (the rituals) can still be done.

The matter was reported to the Atan Police Division by Albert’s father. Contacted, the spokesman of Ogun Police Command, Abimbola Oyeyemi, promised to revert to our correspondent. But he did not do so at press time.

A police source, however, told our correspondent, “It’s true that the boy, Albert consulted the Alfa for rituals that would enable him to make fast money via internet scam but it ended in tragedy. He was said to have been given some concoctions and asked to bathe at midnight with the hope that a ghost would bring him a sum of N5 million every day.

“Things however turned tragic after he underwent the rituals and he suddenly became ill when he got home in the wee hours and died moments later.”