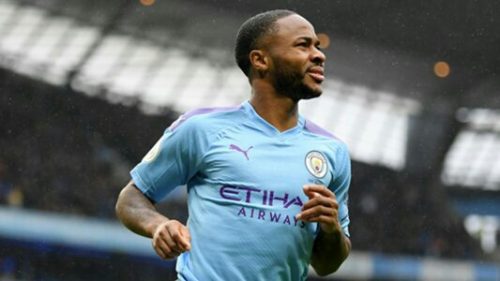 Arsenal are reportedly interested in signing Manchester City forward Raheem Sterling this summer as the England star is set to reunite with Mikel Arteta.

According to the Telegraph, Arsenal will ‘explore’ a move for Sterling as he enters the final year of his City contract.

Arteta, who signed a new deal at the Emirates last week, worked closely with Sterling during his three years as a coach at City alongside Pep Guardiola.

And, if Sterling is available to buy at the end of the season, the Gunners boss is said to be keen on reuniting with the forward and making him a key part of his side’s attack.

The former Liverpool winger has previously said that he would be ‘open’ to a move elsewhere,

“If there was the opportunity to go somewhere else, I would be open to it at this moment in time,” Sterling said at at the FT Business of Sport US Summit in October 2021.

Arsenal look set to finish in the top four this season and qualify for the Champions League, which could mean they are capable of attracting players of Sterling’s calibre.

They will be keen to bolster their attack this summer, as they look to replace Pierre-Emerick Aubameyang and out-of-contract Alexandre Lacazette.

Eddie Nketiah, Bukayo Saka, and Gabriel Martinelli have starred for Arteta’s side in recent weeks, helping them to their fourth win in a row against Leeds on Sunday.

And Sterling would add extra firepower to their frontline, having scored 77 goals for Manchester City in the Premier League over the last five seasons.