If you know that woman in your street that sells puff puff and all of a sudden you stopped seeing around or she suddenly switches to groundnut business, just know that the cost of flour is chasing buyers away.

Many bakers would be shutting down their bakeries this week, I for one would be closing down mine.

We have basically ran at a loss for the past 7 months, been keeping it open with personal funds just so my workers would have a Job, but at this moment we have no other Choice

The Flour prices have consistently continued to rise exponentially this year, since wheat importers started to source their Fx from the black market, and thus its us who have to keep the price for the end users minimal that have had to suffer the effects of this policy.

Like Many manufacturers who deal with the end users FMCGs and the likes, many have played with volume in order to keep the price steady, some are beginning to add dangerous items such as “Bromate and Sacarine” to keep their prices low

For me I’ll rather shut down like most bakeries, than join the profit bandwagon.. so we would be contributing additional 25 workers to the unemployment market this week.. maybe things would pick up after 2023 then whoever is in the country then would open it.
If we don’t convert the building…anyways that’s that for that.. This mornings rant was brought to you by “Interesting economic policies of the current Administration “… 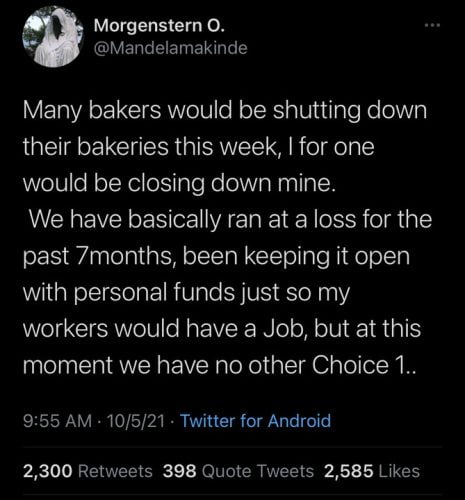 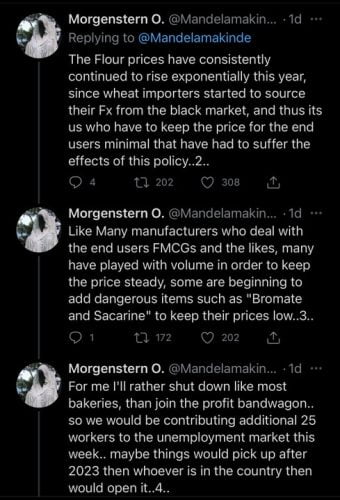 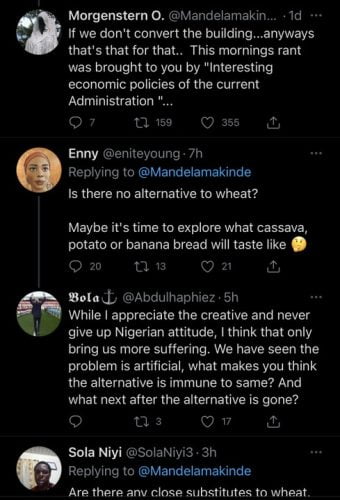 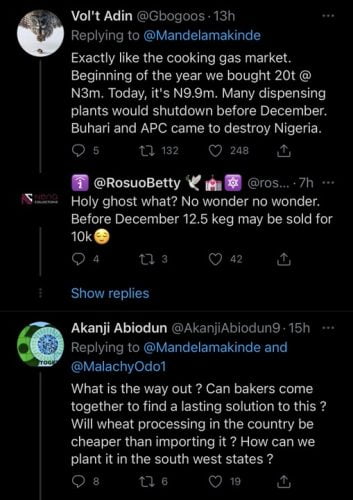