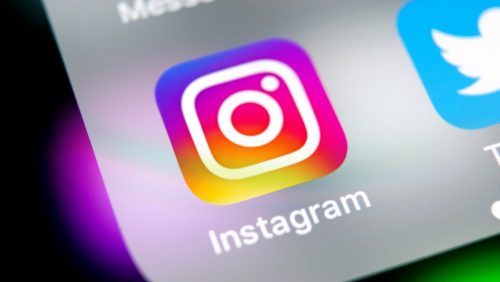 Barely a week after ban on Facebook in Russia, the country’s communications agency Roskomnadzor announced it will ban Instagram, too.

While the Facebook ban cited “discrimination against Russian media,” this time, the government claims it’s happening because of a decision by parent company Meta directing moderators to allow posts calling for violence against Russian soldiers if they originate from certain countries, including Ukraine.

The head of Instagram, Adam Mosseri, said in a tweet that “This decision will cut 80 million in Russia off from one another, and from the rest of the world as ~80% of people in Russia follow an Instagram account outside their country. This is wrong.”

On Monday, Instagram will be blocked in Russia. This decision will cut 80 million in Russia off from one another, and from the rest of the world as ~80% of people in Russia follow an Instagram account outside their country. This is wrong.

Google translated from Russian, the agency’s statement says the following:

As you know, on March 11, Meta Platforms Inc. made an unprecedented decision by allowing the posting of information containing calls for violence against Russian citizens on its social networks Facebook and Instagram.

Messages are circulating on the Instagram social network encouraging and provoking violent acts against Russians, in connection with which the Russian Prosecutor General’s Office demanded that Roskomnadzor restrict access to this social network.

Since it will take time for active Instagram users to transfer their photo and video materials to other social networks and notify their contacts and subscribers, Roskomnadzor decided to complete the procedure for imposing restrictions on access to Instagram at 00:00 on March 14, providing users with an additional 48 hours of transition period.

The government’s decision does not mention that Russian oligarchs have used Instagram to speak out against the invasion. In some instances, this extends to the children of oligarchs who have become influencers with large followings like Sofia Abramovich, daughter of billionaire Roman Abramovich, who reportedly shared a message saying, “the biggest and most successful lie of Kremlin’s propaganda is that most Russians stand with Putin.” Banker Oleg Tinkov, who was at one point the 15th-wealthiest person in Russia, is one of the most notable dissenters with a post that ended by saying, “We are against this war!”

As far as the “unprecedented” step taken by Meta in terms of content moderation, a report from Vice last summer noted a similar decision to temporarily allow content including “death to Khamenei” calls and chanting that went up during a period of protests in the country’s southwest region of Khuzestan.

Word of the ban is also coming in just a few days after Meta announced plans for Instagram to label state media outlets and that in Russia and Ukraine, it’s “hiding information about people’s followers, who they’re following, and people who are following each other for private accounts based in these two countries.”

The block will not take effect until March 14th, and Russian state-owned media agency RIA Novosti reports it will not apply to the also Meta-owned platform WhatsApp. Earlier in the day, Russian government officials threatened a ban, demanding that Meta confirm or refute the information that was first reported by Reuters.

Last night, Meta spokesperson Andy Stone said, “As a result of the Russian invasion of Ukraine we have temporarily made allowances for forms of political expression that would normally violate our rules like violent speech such as ‘death to the Russian invaders.’ We still won’t allow credible calls for violence against Russian civilians.”

Meta’s president of global affairs Nick Clegg said in a statement Friday that the company’s policies were “focused on protecting people’s right to speech as an expression of self-defense in reaction to a military invasion of their country.” Clegg said if Meta/Instagram applied its standing policies without adjustment “we would now be removing content from ordinary Ukrainians expressing their resistance and fury” to the Russian invasion, “which would rightly be viewed as unacceptable.”

Clegg said the temporary policy would apply only within Ukraine itself. “We have no quarrel with the Russian people,” he said adding “we will not tolerate Russophobia or any kind of discrimination, harassment or violence towards Russians on our platform.”