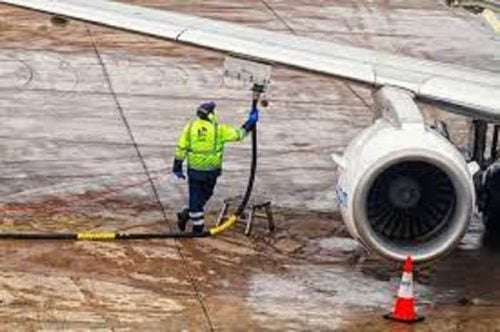 The federal government has agreed to grant licences to airline operators to import aviation fuel.

This was disclosed by the Group Managing Director of the Nigeria National Petroleum Corporation (NNPC) Ltd, Mele Kyari, at the end of the resumed stakeholders’ meeting on the high cost and non-availability of aviation fuel (Jet A1) in the country, on Monday.

The Chairman of Air Peace, Allen Onyeama, had earlier requested for the federal government to allow airline operators to import their aviation fuel following the current hike in the price of the product.

Also, Kyari said airline operators, aviation fuel marketers, the NNPC and other stakeholders have agreed on an interim price of N500 per litre for aviation fuel.

The price is to run for three days pending the determination of a substantive price which would be arrived at after the three days.

On his part, the Chairman of Air Peace, said although it was not what they expected, they have agreed to experiment with the price for three days while negotiations between stakeholders last.

He, however, disclosed that they would have loved to have the price as low as N200 per litre, but they will keep to the agreement on the tentative price.

Onyeama disclosed that the cost of airline tickets would still be on the high side until everything is resolved.

In his closing remark, the Deputy Speaker, House of Representatives, Ahmed Idris Wase, pleaded with the stakeholders to resolve the issue and reduce the sufferings of aviation passengers in the country.

He said they will present their interim report on the floor of the House on Tuesday.