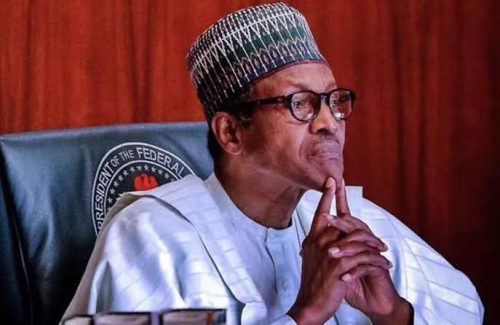 President Muhammadu Buhari has expressed sincere regrets for the inconvenience caused to citizens of the country following a prolonged shortage of petroleum products, something that the administration has successfully averted in its seven years in office.

According to the President, “the administration knows the fuel shortage has placed a strain on Nigerian citizens and businesses, but relief is on the way. I especially apologize to all sections of society for this.

“The government is working round the clock to attend to this issue. An action plan agreed upon earlier this month is being implemented to address the scarcity. Working together with the Major Oil Marketers Association of Nigeria (MOMAN) and the Independent Petroleum Marketers Association of Nigeria (IPMAN), this plan is now bearing fruit. Sufficient fuel supply has returned to a handful of states, with the queues at stations falling. In the coming days, we expect this to be the case across the rest of the country.

“Looking to the longer term, funds are being targeted toward keeping fuel availability affordable for the country. The international energy markets have surged drastically in recent months, the government will however ensure that consumers are protected against these price spikes.”

The President added that he has received information that some people are not behaving properly at the depots and among owners of petrol stations and in this regard, he has directed the Ministry of Petroleum Resources, the Nigerian Midstream and Downstream Petroleum Regulatory Authority (NMDPRA), the NNPC and the entire security apparatus of the nation to take strong action against those responsible.

On the issue of electricity blackouts being experienced across the nation, President Buhari remarked that “the blackouts seen in the national grid are also being addressed. A dip in hydroelectric generation due to seasonal pressures has coincided with technical and supply problems at thermal stations. On this, the government is also working tirelessly to resolve the issues at the latter to guarantee sufficient power flows into the national grid.”

As part of emergency measures put in place following a meeting convened with key stakeholders to address the low power generation in the country, the main challenge was identified as being one of low gas power generation as a result of sabotage of gas pipelines leading to the shutdown of power plants coupled with ongoing routine maintenance on other gas power plants.

To recover over 1000MW, actions were agreed upon between the players in the Nigerian Electricity Supply Industry (NESI) and also NNPC. The actions targeted the National Integrated Power Project (NIPP) plants, (Niger Delta Power Holding Company (NDPHC) and power plants run under NNPC Joint Ventures, Agip and Shell (NAOC and SPDC) and progress on the key actions have already ensured the restoration to the grid of 375MW after the pipeline from “Okpai 1” was repaired.

To also ramp up the underutilised capacity of the NDPHC capacity, a USD 50 Million Gas Supply agreement is being finalized to secure the sustainability of up to 800MW of underutilized NIPP assets.

The President assures that government’s attention to these problems will bear fruits very soon.