Below are photos of the alleged 15-year-old boy taken to the United Kingdom by Senator Ike Ekweremadu. 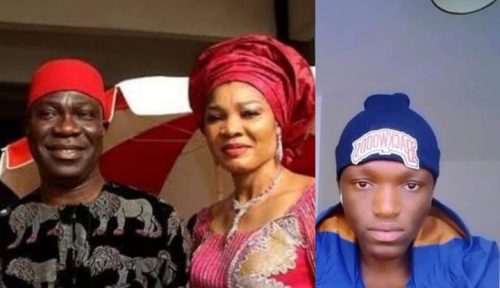 The boy identified as David Ukpo Nwamini was flown to the UK to donate one of his kidneys to Ike Ekweremadu’s daughter who has a kidney ailment.

Ike Ekweremadu and his wife have been arrested in the United Kingdom by the police and detained on allegations of child trafficking and organ harvesting after Ekweremadu had flown David to UK for the kidney transplant, IGBERETV reports.

Ekweremadu and his wife were subsequently denied bail in court, and the case adjourned to July 7 for further hearing.

Shortly after the news of Ekweremadu’s arrest, David Ukpo shared a cool photo of himself on his Facebook handle with the caption;