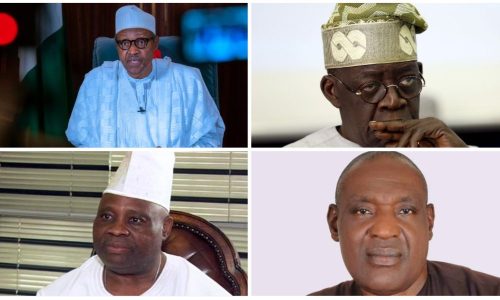 As the 2023 general elections is fast approaching, a series of controversies have started to spring up on the political scene.

In this report, Naija News would be looking at some of the politicians that have been enmeshed in the certificate and academic qualifications scandal.

President Muhammadu Buhari was the subject of certificate controversy during his emergence as the APC Presidential candidate in 2015. Prior to the 2015 elections, the opposition Peoples Democratic Party (PDP) raised an issue over the Secondary School Certificate of Buhari. The matter resurfaced in 2018 when Buhari was seeking reelection and didn’t include his academic credentials in the list of documents he submitted to INEC ahead of the 2019 presidential election.

His inability to present his West African Secondary School Certificate left him with attacks and ridicule, especially online, by people who accused him of not attending secondary school.

In a reaction to the development, WAEC issued an “attestation certificate” to the president, confirming that Buhari had indeed obtained a secondary school certificate from the examination body in 1961. Senator Bola Tinubu The All Progressives Congress (APC) Presidential Candidate, Bola Ahmed Tinubu, is in the news for not presenting his academic certificates to the Independent National Electoral Commission (INEC). While Tinubu skipped information regarding his primary and secondary education in the INEC form, he however stated that he attended Chicago State University.

Tinubu’s latest claims appear to contradict his previous submissions, especially in 1999, when he ran and won the Lagos State governorship election.

Then, he said he attended St Paul Children’s School, Aroloya and Home School, Ibadan, between 1958 and 1964 for his primary education; while his secondary education was at Government College Ibadan (GCI), between 1965 and 1968.

In a sworn affidavit in support of his nomination form for the office of the president, Tinubu said his properties alongside his certificates were destroyed and looted when he was on self-exile from October 1994 to October 1998.

However, the former Lagos state governor who has not responded to the certificate saga travelled to France on Tuesday for political meetings.

The Vice Presidential candidate of the All Progressives Congress, Kabiru Masari, was also in the news on Monday for informing INEC of the loss of his original certificates.

Masari in the credentials submitted to the electoral body attached an affidavit stating that he has lost his primary and secondary schools certificates.

Masari noted that he attended Masari Primary school, Katsina State between 1972-78 and obtained a Grade 2 Certificate from Katsina Teachers College in 1982 and a Higher Certificate in 1995. The APC vice presidential candidate in the affidavit claimed that while on transit within Wuse, Area FCT, Abuja he lost his Certificate of Occupancy for land located in GRA, Katsina along with his Grade 2 Certificate from Katsina Teachers College and First Leaving Primary School Certificate issued by Masari Primary School, Katsina State, (1972-78). Senator Ademola Adeleke

In 2018, the Peoples Democratic Party (PDP) candidate in the Osun State gubernatorial election, Ademola Adeleke, was sued by three members of his party over alleged certificate forgery.

The plaintiffs sought Adeleke’s disqualification from the September 22 governorship election for allegedly submitting fake certificates to get the PDP ticket. Two PDP members, Rasheed Olabayo and Idowu Oluwaseun had earlier approached the court to disqualify Senator Adeleke over the allegation that he did not possess the necessary certificates and urged the court to restrain PDP from presenting him to INEC as the candidate of the party. But a few months later, Justice David Oladimeji, in his judgement, cleared Adeleke to contest the September 22 governorship election. Biobarakuma Degi-Eremienyo On February 13, 2020, the Supreme Court sacked David Lyon less than 24 hours before his inauguration as governor of Bayelsa State. Lyon, who was the APC candidate, had been declared the winner of the governorship election in the state in November 2019.

A panel of justices led by Mary Odili asked INEC to withdraw the certificate of return issued to Lyon and re-issue another to the candidate with the second-highest number of votes.

The decision of the apex court was in affirmation of the verdict of a federal high court disqualifying Biobarakuma Degi-Eremienyo, Lyon’s running mate, for submitting forged credentials to INEC, stating that the action of Degi-Eremienyo affected Lyon because both men had run on a joint ticket.

Christian Abah In March 2017, the Supreme Court also cut short the tenure of Christian Abah, a member of the House of Representatives representing Ado/Okpokwu/Ogbadigbo Federal Constituency in Benue State, by kicking him out of the legislative chamber. He had earlier been sacked by a federal high court in Abuja in 2016 for submitting a forged certificate of his academic qualification to INEC.

The court had ordered INEC to issue a fresh certificate of return to Abah’s first runner-up in the PDP primary held in 2014, Hassan Saleh.

The Supreme Court affirmed that Abah had forged the Ordinary National Diploma certificate purportedly issued to him in 1985 by the Federal Polytechnic, Mubi, Adamawa State.