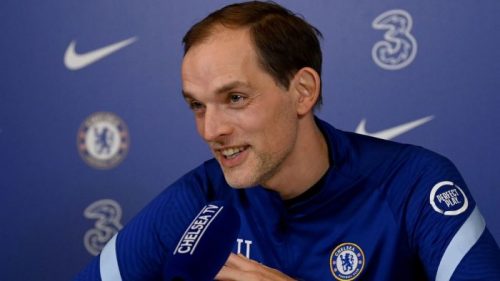 Chelsea’s new signing, Romelu Lukaku, has revealed how the club’s boss, Thomas Tuchel convinced him to join the club.

Lukaku said the German gaffer wanted him to be a ‘presence and a leader’ at Stamford Bridge following his £97.5m transfer from Inter Milan.

Lukaku, who spent three underwhelming seasons at Stamford Bridge earlier in his career returned to the club as one of the best strikers in Europe.

The 28-year-old, who helped Inter win the Serie A title last season was asked whether he had spoken to Tuchell since his return to the club, Lukaku told Chelsea’s official website: ‘Yes, of course. The conversation was really clear from him, that he wants me to be a presence and a leader in the team.

“I have to just use all my abilities to make sure I can help the team as much as possible. My role will depend on what the game plan is and what the boss wants me to do.

“If he wants me to be a focal point or if he wants me to attack the spaces in behind, I can do it. The two years in Italy helped me master all the facets of the game for a striker and now I’m ready.

“I like the system that we play and I’m very flexible. I can play as a two or by myself and I’m used to the system because it’s what we play with the Belgian national team so I don’t need much time to adapt.

“It’s just knowing the strengths of my team-mates in important positions and knowing what we do off the ball, then I can do the rest.”