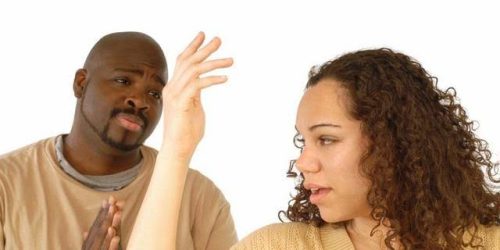 The Spiritual Director of Ave-Maria Prayer Ministry, Ifite Awka, Anambra Statet, Brother Livinus Okeke, weekend condemned the quest for money and other earthly things by some greedy wives who he said even requested for money before making love with their husbands.

Making the condemnation in his sermon to mark the 10th anniversary of the Ministry, the cleric said such wives out of ignorance brought curses to their families .

His words, ,”some wives now demand N20,000 or thereabout from their husbands before going to bed with them. Some husbands don’t even have a say in the family and the only respect the wife accords him if she likes is good morning.”

He said that in such a family the husband lives in bondage as the man and woman live cat and dog life, thereby cultivating bad seed on their children.

He advised that for peace and prosperity of the family both husband and wife must work, think and reason together so that the blessing of the Lord would be bestowed on them.

“Holy Ghost is telling you, go and make peace. We have many Christian mothers today who are packaged trouble makers. An envy wife can not give you peace, so families have to pray and don’t be deceived by earthly things,” he cautioned.

On the part of the husband he queried, “how many of you husbands will on return to the house purchase something for your wives or give her money.”

“Some do that to also keep the wife happy and that is love we are talking about. When you wanted to marry her you showed you were capable but now what happened, “

The Spiritual Director thanked God that the church has come a long way (10th anniversary) and prayed God for more fruitful years ahead adding that, “it was God’s divine direction that led to the institution of this Ministry”.

“Looking at what we have been able to achieve within the decade, you would testify that God has really been faithful to us. At every step of the way , even when it felt like all hell will let lose, God comes in and quenches the raging fire with a gentle breeze”

The cleric described the 10th anniversary as, “a celebration of amazing grace, great favour, health, deliverance, divine turn around, cars, houses, connections and all round goodness of Good”.

He listed some of the problems confronting the Ministry to include, finance, mini bus for evangelization, purchase of land behind the altar, among others.

Earlier, the chairman of the occasion, Chief Chigbogu C. Nweke, thanked God for the the10th anniversary of the Ministry and prayed God to guide and protect the cleric to enable him accomplish his mission on Earth.

Highlights of the occasion were the cutting of anniversary cake and dance from both the women and youth wings of the Ministry.