The Inspector General of Police, IG Usman Baba Alkali has called on officers and men of the Force in the country to get married to themselves to strengthen the service. 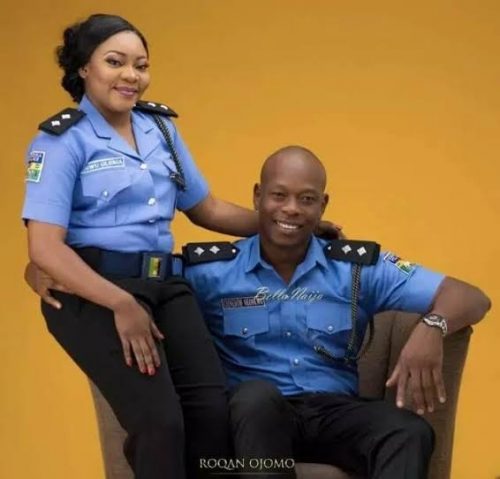 Giving the advice during his one-day working visit to the Niger State Police Command in Minna, Alkali urged the personnel to put aside the idea of looking for good husbands and wives outside and start searching inwards.

The Police boss told his officers and men that among themselves, there are good men and women they could get married to in order to enhance the good working relationship existing between them.

According to him, ” …we have some handsome single men and beautiful ladies among us. I would like to advise us to start taking our wives and husbands from our colleagues to buttress our already existing working relationship to that of full family affairs.

”By doing so, the good working relationship existing among the personnel will go just beyond the normal office relationship and will help in the improvement of confidence and harmonious relationship. It will also go a long way in providing courage and strength to our service.

“I think it will be a welcome idea if we start looking inwards to see how we can build a better family here than going outside looking for a good wife.”

The Police boss also charged the personnels to inculcate good attitude in their children and wards in order to be good ambassadors among other barracks (Service) boys in the country that they can be proud of everywhere anytime.

The IGP further told the officers that the force and other relevant authority are working at improving the welfare and pension of policemen across the nation.

Usman then commended the efforts of the Niger state Police Community Relations Committee, PCRC and the various vigilante groups for their contributions in fighting crime and restoring peace in all nooks and crannies of the state.

” I am urging head of various units of the police, especially DPOs to take advantage and collaborate with them always as well as other sister security agencies to fight against crimes. Embrace their services and synergise with them and other stakeholders during your investigation for successful delivery. No one is an island of knowledge as everyone one has a role to play in one form or the other,” the IGP added.