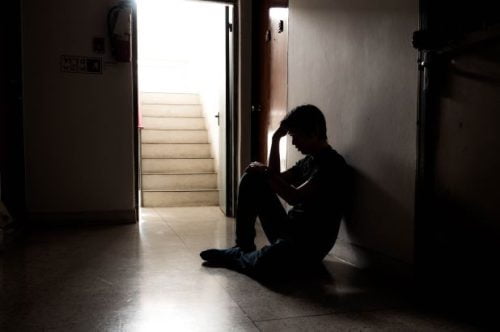 A Nigerian man has asked for help after finding out that his girlfriend is a l#sbian. According to him, he has started making plans to marry her before the discovery.

The man said that he found out after reading her WhatsApp chats.

He took to Nairaland to share his thoughts and wrote:

Hello guys I’m in need of a solution. I started dating my babe since last year, and we plan on getting married this year.

Believe me, I’m completely in love with her. Since I met this girl, it’s as though every other girl isn’t worth my time. I would say that we love ourselves to the best of my knowledge.

I didn’t ever believe that my babe was a cheat, so I don’t suspect her, neither do I read her text messages , nor even ask who called her and all that.

Something stupid happened today though. I checked my babes whatsapp chat out of curiosity without her permission (please guys forgive me for that).

She was working on a project beside me while I was reading her chat.

I noticed she wasnt comfortable as I told her I only wanted to preview her whatsapp stickers. As I spent more time with her phone, she became so worried that she had to get her phone, asking what I was doing with her phone.

I told her I was reading her chat, then she got real angry, that I shouldn’t have read her messages. There are contents there she doesnt want me to see.

Pretending as though I havent seen anything yet, I asked her , which content? Then she was already angry and collected her phone.

I tried getting g her phone but to no avail. Then I sat her down. Babe tell me, are you a l#sbian? She vehemently denied, asking why I will even ask her such question. Then I told her about her chat with one girl. She was trying to defend her self that the chat doesnt mean anything. The said chat was actually lesbian related.

I asked my babe, is the girl you were chatting with a l#sbian, she said yes. I said fine, give me your phone let me continue reading then if you have nothing to hide from me. She refused.

I told her that her refusal only means 1 thing, and that can threaten our very relationship…

To cut the low g story short, at some point, she began to cry. I told her I knew she was a lesbian from that chat, I only wanted her to tell me with her mouth. She didnt directly admit it though, but she said that she was working on fixing her problem.

Admit it baby, so I know if its something I can fix with you, babe said she will tell me everything tomorrow, that she can’t get herself to discuss anything with me today. With this, I had to understand and let her go. Hopefully tomorrow she can confide in me finally about her (I suppose) lesbian affairs.

Honestly I love this babe. Up until today, i have always believed that she loves me too. But this revelation is really threatening to destroy my future with her.

Before she left today , after I must have given her my word that telling me all her dark truth will not stop me from loving her, she said I was saying those just so she can open up. That if I leave her or change my behaviour towards her when she tell me what shes been hiding, it will not be good.

Please guys, how do I face this serious problem now in a mature way ?

Please I’m not here to play, I need mature contributions.