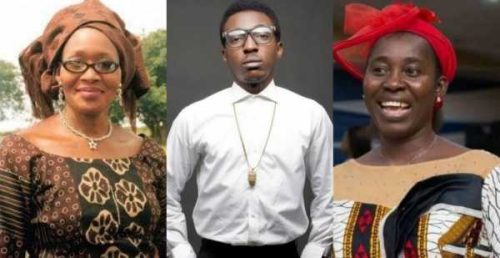 Popular Nigerian gospel singer, Frank Edwards has finally broken his silence after a damning allegation was made against him by controversial journalist, Kemi Olunloyo.

Olunloyo had alleged that Edwards was having a secret relationship with the late Osinachi Nwachukwu. The singer, recall died on Saturday, April 9, 2022.  Taking to his Twitter page, Frank simply reacted to Olunloyo’s tweet with several laughter emoticons. 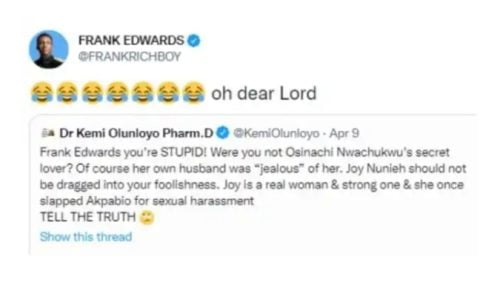