The Economic and Financial Crimes Commission (EFCC) has confirmed the arrest of twenty students of Tai Solarin University of Education (TASUED) over alleged internet fraud.

According to reports, some officials of the Nigerian army, on Friday, October 29 had conducted a search on students driving luxurious cars along Conoil Filling Station, Ijagun, Ijebu Ode, and eventually arrested some of them, whom they accused of fraudulent practices. 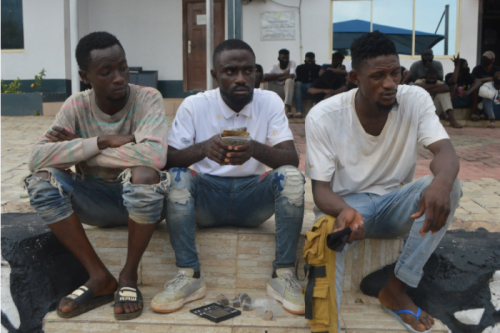 The arrest led to a protest by students of the school who accused the military of social profiling, and when the SUG president and his officials tried to intervene, they were also arrested but released subsequently following the intervention of the national president of NANS, Asefon Sunday.

The students were handed over to the EFCC who has now issued a statement with the names of the students.

The anti-graft agency further revealed that eleven vehicles (still in the custody of the Army), twenty-nine phones, and suspected hard drugs were recovered from the students. Also, 19 out of the 20 students have been indicted in the ongoing investigation.