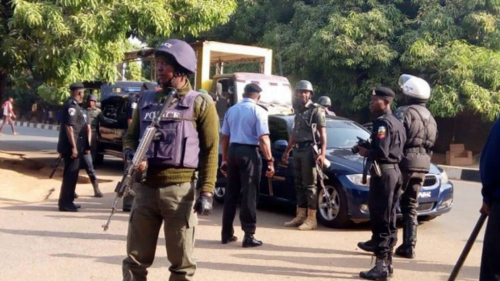 The officers of the Nigeria Police Force have arrested a  53-year-old man who produces bulletproof charms for terrorists and criminals in Katsina State.

The man is now helping the police with more information on his activities.

SP Gambo Isah, the State PPRO confirmed to newsmen that the suspect resides on Maiduguri Road in Sabuwa Local Government Area in the State.

He added that on Saturday, 26th November, 2022, following a tip-off, the suspect was apprehended by the police in Katsina.

The PPRO further explained that the bulletproof charm is sold to terrorists and other criminals in Zamfara, Kaduna and Katsina States for N60,000 per piece.

He added that the suspect was arrested with four bulletproof charms enveloped in jackets.

The suspect, according to Isah, also confessed that he offered prayers regularly for bandits for successful operations, against being arrested or harmed by security agents.