Doyin Okupe has stepped down from his position as the director-general of the Labour Party presidential campaign council.

He announced his resignation in a letter addressed to Peter Obi, LP presidential candidate, and dated December 20, 2022.

Okupe’s resignation comes hours after he was convicted over money laundering charges. 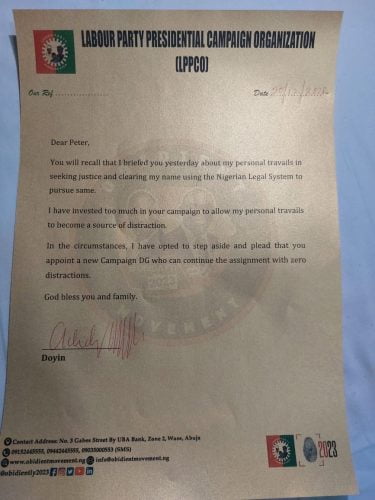