A bid by Coca-Cola company to stop Pop Cola from continuing its business pending the hearing and determination of its substantive suit has been denied. 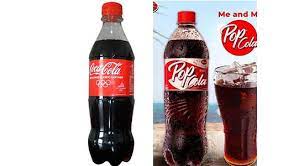 In his ruling on Tuesday, Justice Muhammad Nasir Yunusa ordered an accelerated hearing in the case.

“Although granting an interlocutory injunction is the discretionary power of the court but in a case of this nature, it is important for the judge to hear all facts from all parties to enable the court to determine the substantive suit at the end of the trial.

It would be recalled that Coca-Cola has dragged Mamuda Beverages Nigeria limited, manufacturer of Pop Cola to court over a trademark war.

It is praying an interim injunction restraining the defendant, its employees or agents from using, affixing or displaying on any beverage product, vehicle, stationery, advertisement, putting to commercial use in any manner or form for the purpose of commercial benefit or otherwise, the ‘ribbon devise’ and the special script in which the Pop Cola has been depicted in its advertising materials that are similar to Coca-Cola, ribbon devise, pending the determination and hearing of the case.

Earlier in his response, counsel to Pop Cola, Offiong Offiong (SAN), argued that his client has invested an enormous amount of money in trading and promoting its products, adding that counsel to Coca-Cola has failed to support his claim with supportive legal authorities.

Offiong further submitted that the claim of Cola-Cola against Pop Cola was not for the legal right but competitor war.

Justice Nasir Yunusa adjourned the case to April 25, for an accelerated hearing.