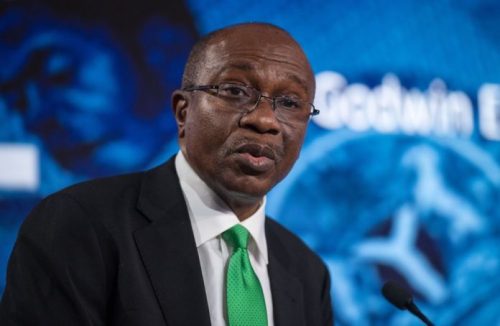 The six banks in prior nine months of 2020 had generated a total of N47.16billion from trading in the FX market.

The central bank had also announced that it will also no longer process applications for BDC licences in the country.
Analysts expressed that the suspension of FX to BDC operators positively impacted on banks value of FX trading, stressing that the adjustment of Naira to N410.8 (selling rate) against the Dollar also contributed to trading income.
The Governor, Central Bank, Mr. Godwin Emefiele in February stated that naira depreciated at the official market to N410 against the dollar.
Emefiele said the drop in crude oil earnings and the associated reduction in foreign portfolio inflows significantly affected the supply of foreign exchange into Nigeria.

He said, “In order to adjust for the decrease in the supply of foreign exchange, the naira depreciated at the official window from N305/$ to N360/$ and now hovers around N410/$.’’
Speaking with THISDAY on the development, analyst analyst at PAC Holdings, Mr. Wole Adeyeye said the volume of FX trading in banks increased amid the CBN suspension of FX to BDCs.

He noted that customers in need of FX for Basic Transport Allowance (BTA), among other legal transactions approached banks to transact businesses, leading to income generated in the period.

“A lot bank customers who transact foreign business and, seeking for Personal Travel Allowance (PTA) drive volume of FX trading in the banking sector. Besides, the adjustment of FX by CBN also impacted on income generated by banks,” Adeyeye.
Also speaking, the Vice President, Highcap securities, Mr. David Adnori, said the fee charged on FX income increased in the period as banks recorded hike in flow of transactions.

“Bank customers who could have accessed FX from BDC operators were patronizing banks and that increases fees they were collecting from collecting. Banks were also trading FX which is expected to increase income generated in the period.”

He explained further that increasing foreign reserves means the apex bank can meet all legitimate transactions channeled through the banks.
The CBN had said that parallel market represented less than one percent of FX transactions and should never be used to determine Nigeria’s dollar exchange rate.
However, some banks recorded decline, while some losses amid the FX devaluation of the naira.