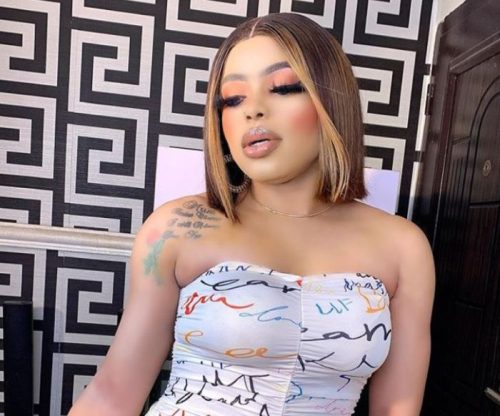 Crossdresser Bobrisky has been exposed to borrowing N20M for his birthday party with the excuse of a frozen account claiming his account has been frozen.

Recall Bobrisky celebrated his 30th birthday in style and became the topic of town as he made it so lavishly just to prove that he’s wealthy, well per this post, it’s clear he went to borrow the money he used to show off that he’s rich.

According to blogger Gistlover, the lady Bobrisky went to borrow the money from wants to drag him for her money but he is using the excuse of court freezing his account for some reason hence doesn’t have access to his money at the bank.

But then the court hasn’t frozen his money and he’s even scared therefore, Bobrisky now keeps his money in the house and even prevents anyone from going close to the door where he keeps the money because he’s scared, the blogger added.

Living a fake life and pretending to have what you don’t have is what pushed Bobrisky into borrowing N20M to throw a lavish birthday party and today he’s been dragged and disgraced on the net over that money.

It’s up to you the individual to not let the fake lifestyle people are living on social media intimidate you thinking you aren’t working hard enough and always remember that not all that glitters is actually gold.