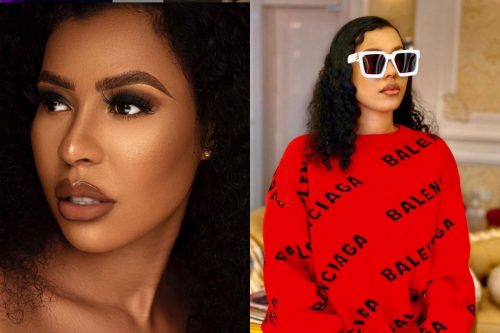 Big Brother Naija season 6 housemate, Nini has revealed that she prefers a long-term relationship to marriage.

Opening up on her fears for marriage during a conversation with Saskay and Yousef in the garden in the early hours of Friday, Nini intimated that she has been dating her boyfriend for a very long time but she is scared of making things official as a wedded wife and husband between them.

According to the beautiful light-skinned socialite, she is willing to be in a relationship for 10 years and have children.

“I’m scared of marriage, I’m willing to date for 10years before I get married. My mum has been disturbing me for marriage since I was 21.

“I’ve always been in a serious relationship, all my boyfriends I’ve had think I have issues because I’m not in a rush to get married.

“I don’t mind having kids while dating.

“With everything going on in the world, let’s just date and be faithful to each other because marriage is scary,” she said.

This comes after Biggie told Saga in his diary session to prank his love interest, Nini by picking up a fight with her and avoiding her till his next diary session and he was promised 200 BB tokens if he accomplishes the task.

Unfortunately for the artist, he failed the task and went on to disclose the task Biggie gave to him in secret with Nini after he tried to pursue the task and Nini started showing emotions.

Giving the reason for his failure in his diary session with Biggie today, Thursday, 16th September, Saga claimed that the altercation that occurred between Cross and Nini made him fail his task.