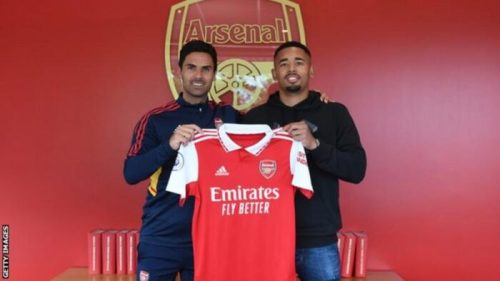 Arsenal have signed Brazil forward Gabriel Jesus from Manchester City for £45m on a long-term deal. 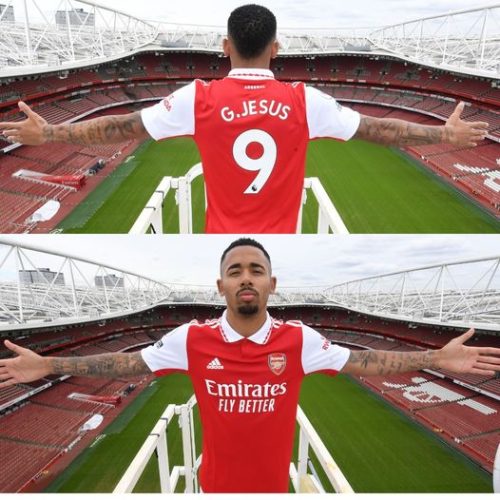 Arteta said he was “very excited” by Jesus’ arrival.

“The club has done a tremendous job to recruit a player of this stature,” he said.

Arteta, who worked with Jesus when an assistant coach at City, has been trying to boost Arsenal’s attacking options following the departures of forwards Alexandre Lacazette and Pierre-Emerick Aubameyang on free transfers.

“I know Gabriel personally very well, and we all know him well from his time in the Premier League and being really successful here,” the Gunners manager said.

“This is a position that’s been on our radar for a long time now and we have managed to get a player that we all wanted, so I’m really happy.”