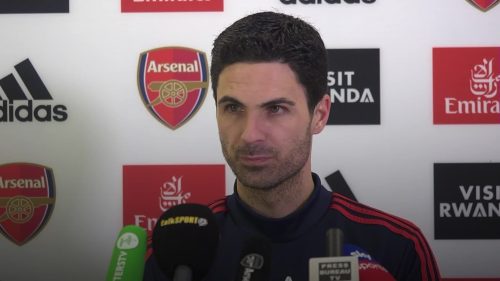 Arsenal manager, Mikel Arteta, has admitted his side failed to cope with Southampton’s direct play during their 1-1 draw on Sunday.

The Gunners dropped points for only the second time this season at St Mary’s.

Granit Xhaka opened the scoring for the Premier League leaders, before Stuart Armstrong levelled after the break.

During a post-match interview with BBC Match of the Day, Arteta said:

“We had three or four good opportunities and should have scored more.

“We needed two or three goals, but only scored one.

“It’s disappointing. We created enough chances but couldn’t put the ball away.

“It’s a lesson because we wanted to win again. They put us under more pressure through direct play in the second half, and we were struggling.”