9 Countries With The Most Nuclear Weapons 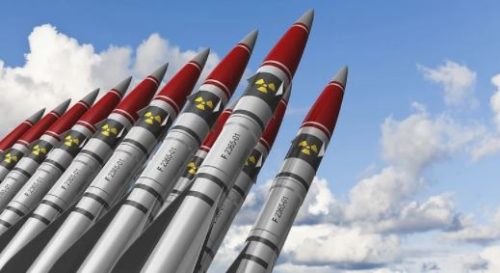 According to Statista, “There were approximately 13,080 nuclear warheads worldwide as of January 2021, and almost 90 per cent of them belong to two countries: the United States and Russia.”

What are nuclear warheads? These are weapons of mass destruction that can wipe out an entire city in minutes and kill everyone in it.

After the havoc they wreck, their radioactive effect is still felt because they damage the environment for generations to come.

Nuclear weapons have been used once in history and that was by the United States in 1945 when they bombed Hiroshima and Nagasaki during the second world war.

Since then, many countries have been building nuclear weapons. These are unofficial disclosures, they could be more or less.

The following are 9 countries with the most nuclear weapons:

Russia has 6,255 nuclear warheads. That is a truly outrageous number. They can be launched as missiles, submarines or aircraft.

The United States has 5,550 nuclear weapons.

China is next with allegedly 350 nuclear weapons and they are still making more.

The United Kingdom has 225 nuclear weapons. It currently has four ballistic marine submarines.

Pakistan has about 165 nuclear weapons.

India follows behind with 160.

Israel has about 90. Israel has never confirmed that it has nuclear weapons.

North Korea rounds it up with 45.