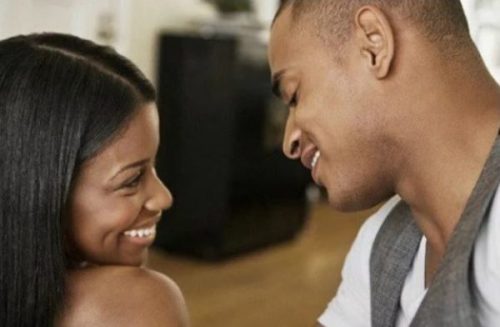 Every woman is trying to “read” men’s flirting signals. And it’s not so hard as you think.

If you really want to know that he is into you or not and what he may be thinking— then read this!

Yes, his eyes can tell you a lot. If it’s your first or second date, he’ll look away when you’ll look at him. It’s a sign that he likes you. If you know each other longer – he’ll look deeply into your eyes during conversation. It means he has fallen for you. Eyes are the doorways to your soul.

If you want to know whether he likes you or not, you need to pay attention to the details. Be careful, if he puts his hands on his hips, he doesn’t have a strong interest. He’s just showing he’s a macho guy. If a man spreads his legs apart- it’s a good sign. It also shows that he is not tense and uptight but relaxed and receptive to you.

If a man likes a woman, he becomes nervous. His mouth gets dry and a guy starts to lick his lips. Every time you see this, you’ll know that he likes you. Pay attention to flirty smiles. Guys always smile at a woman they like.

Of course, if a guy likes you, he can hide his eyes when you’re near. But take a look at his eyebrows – if he’s into you, a man will raise his eyebrows while he’s talking with you. This sign is called the eyebrow flash.

Sounds funny? But it’s true! If a guy tilts his head to the side, he surely likes you. It means that a man gives all his attention to you. He wants to listen to you and it’s a good sign that you are the favorite girl in his life.

If a guy likes you, he wants to attract your attention using every way he can. One of these signs – a man just touches a woman in a gentle way ‘accidentally’ and it’s a good reason to start a conversation with you. These innocent touches can lead to more serious things if you want them too. Why not touch him back to show him how you feel?

So, if a guy is truly interested in you, you’ll notice these signs. He can be slightly nervous and a man will frequently touch his face, play with his cell phone or a pen or jingle the change in pocket etc. You’ve seen the signals – now for you to act based on your female instincts. Is this Mr. Right or a pretender? The next move is yours!