Ahead of the 2022 Unified Tertiary Matriculation Examination(UTME) slated to hold between 6th and 14th May, 2022, the Joint Admissions and Matriculation Board (JAMB) has reminded prospective candidates of the need to adhere strictly to examination etiquette, warning that stiff penalty awaits anyone who runs foul of the laid-down rules and regulations governing the examination. 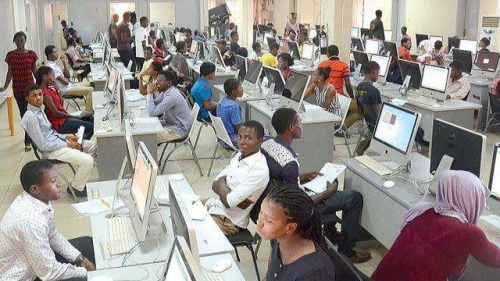 According to the statement, the Board maintained that, as a responsible organisation, it is as usual, committed to providing a level playing field for all candidates in its upcoming 2022 UTME.

The Head, Public Affairs and Protocols (PAP), Dr. Fabian Benjamin, while fielding questions from journalists in Abuja on the code of conduct expected of UTME candidates and the level of the Board’s preparations for the examination said, ” The  Board’s UTME, apart from being a medium for assessing candidates’ ability, is also used to rank their performance in a cohort of aspirants for tertiary education.”

He added that the UTME , as a standardised test, is guided by rules and regulations that must be strictly followed by both the examiners and examinees to arrive at a valid and specific objective.

He stated further, “Examination etiquette is encapsulated in the candidates’ code of conduct comprising rules and regulations that must be followed by all candidates before, during and after the examination.”

He advised the candidates to strictly adhere to the examination schedule as  stated in their notification slips which  would be made available in due course and would feature the venue, scheduled date, session and time of the examination.

The Board’s spokesman reminded the candidates that electronic gadgets and other unauthorised materials like eyeglasses unless recommended; USB, fez caps, calculators, tape recorder, camera, wristwatch, bangles, cell phones, among others, are banned within the examination hall.